Zack Smith - Portrait Of A Lensman 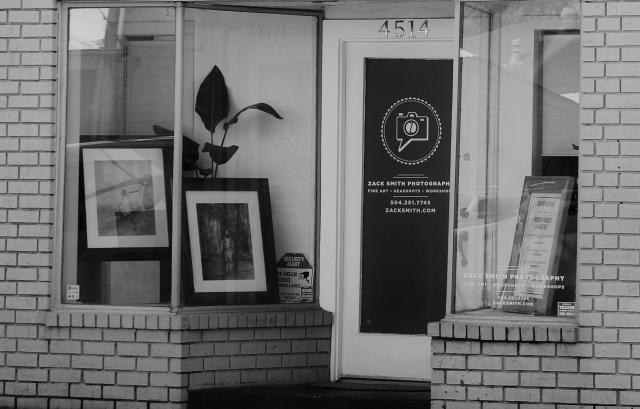 The first record of a photography studio in New Orleans dates back to 1840 when a French born national, Jules Lion, brought the daguerreotype process to the antebellum south.  With this groundbreaking European technique of portraiture he set about capturing prominent ‘Louisianans and people connected to Louisiana history.' One hundred and seventy-seven years later, the art, science and tradition of photography is still alive and evolving and can be found in Zack Smith’s Photography studio at 4514 Magazine St, New Orleans LA.

Zack Smith’s foray into professional photography began in 1999 in Lafayette, LA and progressed on to the New Orleans music scene in 2000.  Combining his love for music and photography put him in a unique position where he had contact with other local artists who knew and trusted him to capture their true essence and authenticity. Soon, a familiarity developed and before long, he became known for photographing local artists. Tapping into his musical roots, he also became the drummer for the local indie band - Rotary Downs - which he joined in 2003 and is still a part of.

In 2003, continuing on his photographic journey, Zack snapped the once in a lifetime opportunity to work with Herman Leonard- the legendary Jazz photographer and an American icon in the field of photography. Working as Mr. Leonard’s lighting and camera assistant for over 2 years, Zack found new inspiration. Under his tutelage, Zack said he learned that the most 'important thing about photography is facial expressions and the environment and how it can tell a multi-layer story of a human being in one frame.'  This is the philosophy Zack applies when photographing his subject matter. This passing of tradition and knowledge is important to Zack who is eager to pass it on just like Herman Leonard who generously shared what he had learnt from his mentor, the legendary portrait photographer - Yousuf Karsh. 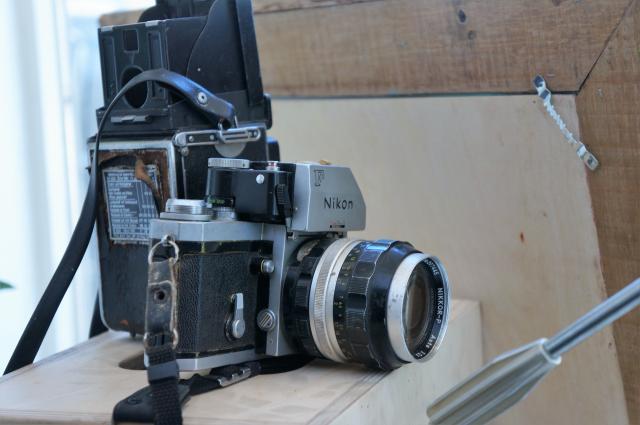 When Jules Lion brought the innovative and nascent 19th century daguerreotype technique to New Orleans it was a labor intensive process that used an iodine-sensitized silvered plate and mercury vapor to produce an image. It was revolutionary up until 1860 when better methods of taking photographs were introduced but there are still daguerreotype enthusiasts who enjoy the hands on process of producing an otherworldly image. In this same vein, Zack’s work with Bromoil photography is almost a homage to the painstaking work that men like Jules Lion did with each and every photograph that emerged from daguerreotype.

Zack’s early darkroom work of the music scene was mostly black and white film and processed by hand.  In 2002, curious about new ways of exploring photographic artistry, he learnt the Bromoil technique of layering inks on a traditional black and white print from local artist Sam Urrate.  It was this turn of the 20th century process of bleaching and inking that he became enamored with because it “offered a unique creative way to produce depth in a print that he couldn’t get in color or black and white.”  He loved the actual workmanship that it required to produce a ‘one of a kind’ photo through this process.

This search for depth in technique found a happy alliance in the 2015 artistic endeavor, titled - My Louisiana Muse.   In this portrait project, Zack celebrated a variety of Louisiana artists and took photos of them in different regions around the state that fueled their creativity. By combining his passion for Bromoil and his desire to tell the story of Louisiana artists, this project highlighted the “permanence and one of a kind originality” that he seeks in his work. 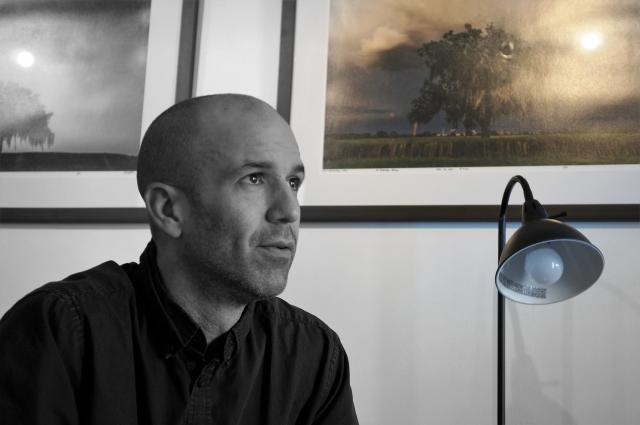 During the My Louisiana Muse portrait project, Zack had a chance to take photos in different parts of the state and became aware of the diverse ecosystem that Louisiana possesses.  Now a family man and having a deeper perspective for nature, he ponders about the ecology; coastal erosion and what natural treasures we are leaving for the next generation of Louisianans.  On this subject Zack said, ‘the rate of how government works (I feel) is slower than coastal erosion; (it) all comes at the cost of the next generation and it scares me that what we are doing may not be enough because of human inadequacies.’

This connection between nature and photography is evident in his new studio.  It can be found in his latest work - The Battlefield Oak: A Year In Photographs - a series that displays a beautiful oak tree standing majestically in the middle of a field and was captured during different stages of luminosity.  Zack believes that this oak tree is a representation of himself and his life at this point.  He is creating strong roots in New Orleans with his wife, Helen and his daughter, Vega and is ready to branch out his knowledge to the next generation of photographers and visual storytellers.

So if you find yourself admiring his work, however you come across it, or find yourself standing outside his studio on Magazine street wondering if you too can learn or grow in this rich visual tradition then you will no doubt hear the reassuring voice of Zack Smith say “You're in the right place.”

What a great article about a

Permalink Submitted by June Wiley (not verified) on Fri, 11/10/2017 - 05:25
What a great article about a wonderful photographer.....who puts his whole self in everything he does...

About Media Kit Advertise With Us
© Copyright 2018 Bacchus Tales & Co.